“May your cup overflow with happiness and prosperity…Happy Passover!” 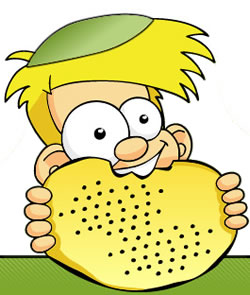 The eight-day festival of Passoveris celebrated in the early spring, from the 15th through the 22nd of the Hebrew month of Nissan. It commemorates the emancipation of the Israelites from slavery in ancient Egypt. And, by following the rituals of Passover, we have the ability to relive and experience the true freedom that our ancestors gained.

The Story in a Nutshell

After many decades of slavery to the Egyptian pharaohs, during which time the Israelites were subjected to backbreaking labor and unbearable horrors,G‑d saw the people’s distress and sent Moses to Pharaoh with a message: “Send forth My people, so that they may serve Me.” But despite numerous warnings, Pharaoh refused to heed G‑d’s command. G‑d then sent upon Egypt ten devastating plagues, afflicting them and destroying everything from their livestock to their crops.

At the stroke of midnight of 15 Nissan in the year 2448 from creation (1313 BCE), G‑d visited the last of the ten plagues on the Egyptians, killing all their firstborn. While doing so, G‑d spared the Children of Israel, “passing over” their homes—hence the name of the holiday. Pharaoh’s resistance was broken, and he virtually chased his former slaves out of the land. The Israelites left in such a hurry, in fact, that the bread they baked as provisions for the way did not have time to rise. Six hundred thousand adult males, plus many more women and children, left Egypt on that day, and began the trek to Mount Sinai and their birth as G‑d’s chosen people.

View Videos of our Lunch and Learn Series

How to verify and scrub a Multi-Family Rent Role!

“How to DIG out the DEAL!”
Scroll to top